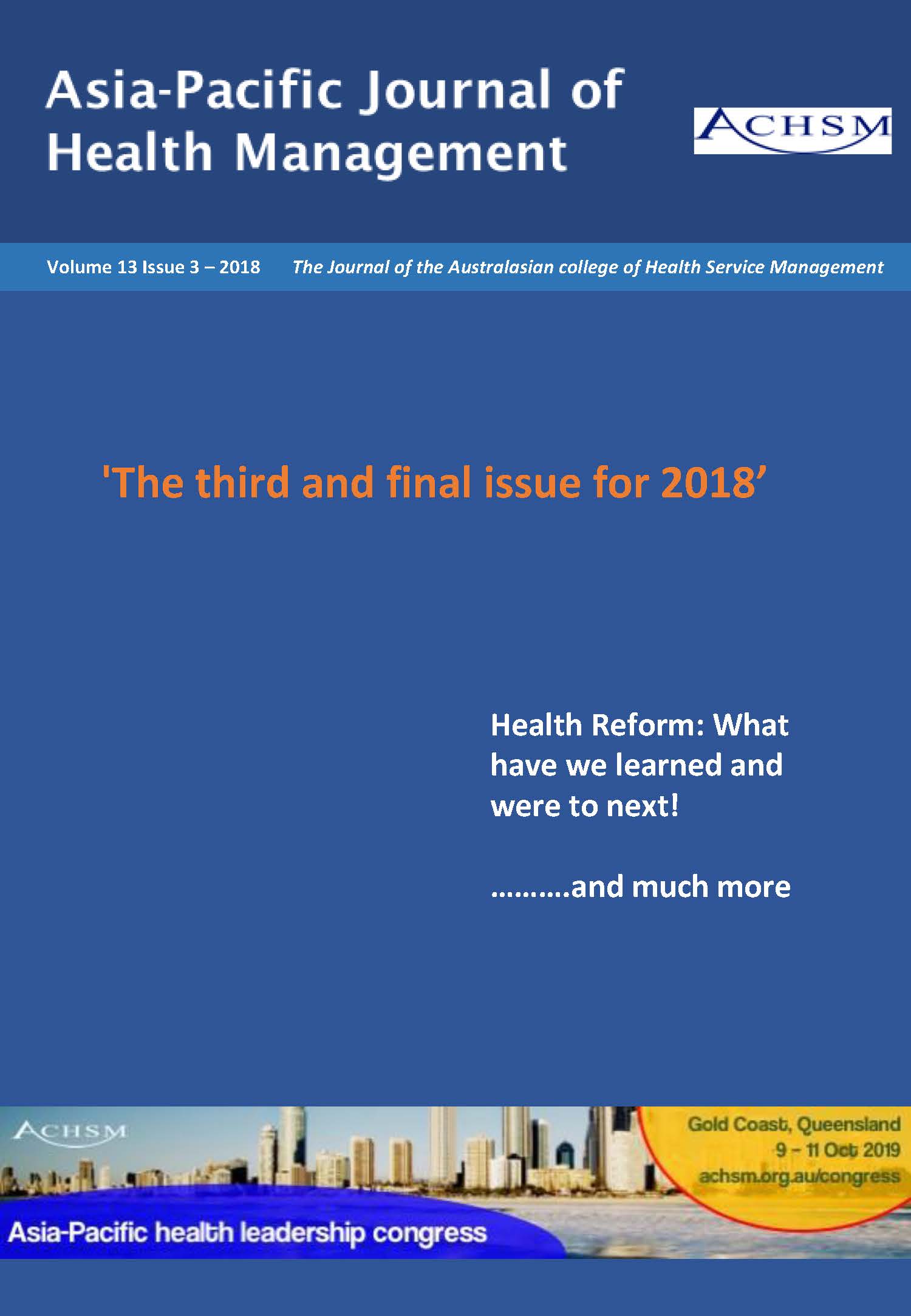 Purpose: Activity in health services is expanding faster than population growth and that of the production of all goods and services in Australia. This paper is concerned with the number and characteristics of its managers in relation to the number of people employed and resources used. It also assesses different trends in hospitals and other medical and health services.

Methodology/Design: Design of the analyses follows specifications set by the authors for tabulations prepared by the Australian Bureau of Statistics (ABS) from the censuses of population conducted by ABS in 2006 and 2016.

Analysis: Assesses changes in the number and variations in the characteristics of managers of hospitals and medical and other health services, in relation to the number of people employed, contrasted with changes in all industries.