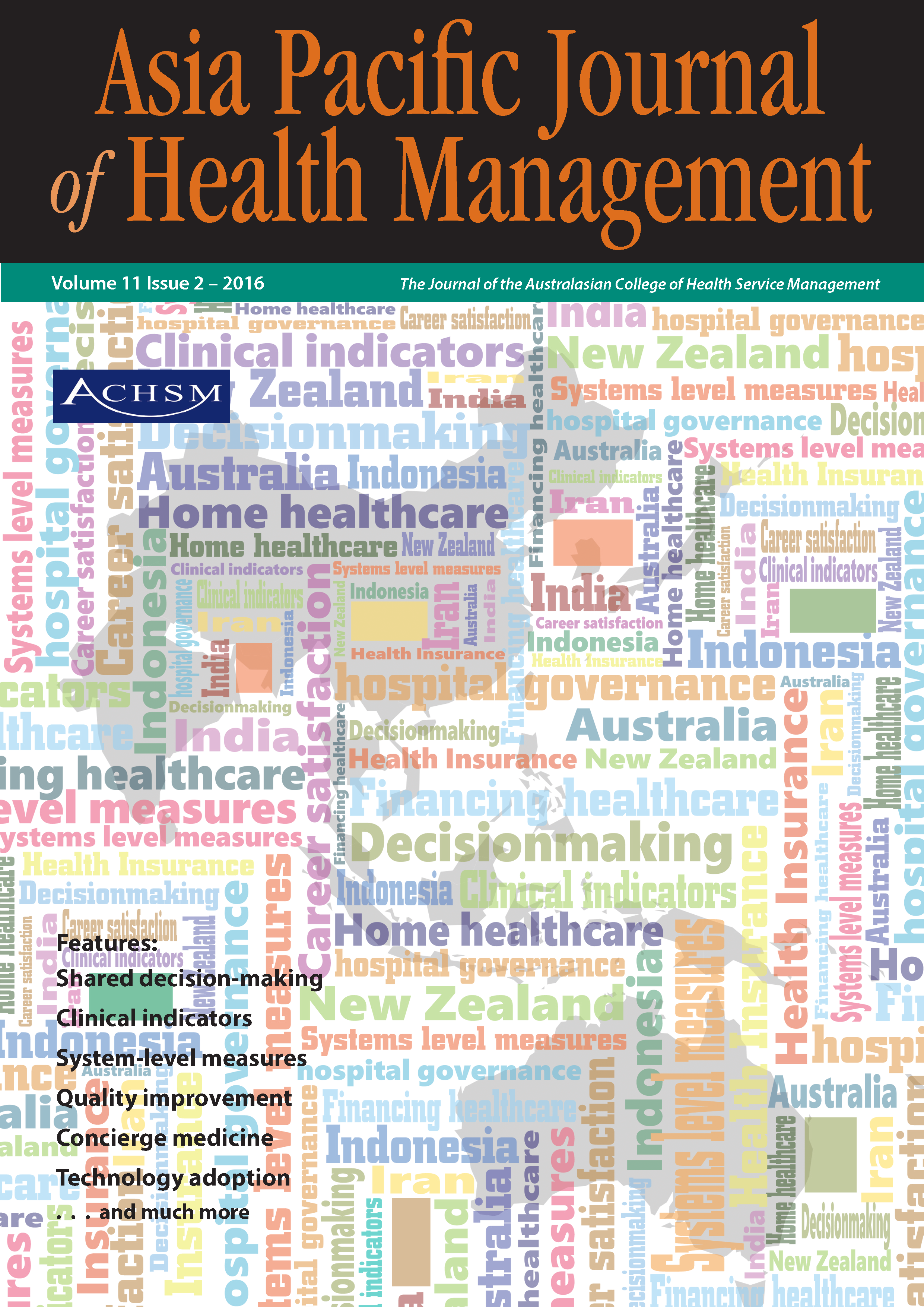 Introduction: There have been two major transitions for healthcare in Indonesia: the implementation of government decentralisation and universal health insurance. A universal public health insurance called Badan Penyelenggara Jaminan Sosial (BPJS) was launched in January 2014 and aims to cover all Indonesian people.

Objective: The objective of this paper is to discuss the funding of healthcare in Indonesia through a comparison with other South East Asian countries.

Methodology: A search for relevant literature was undertaken using electronic databases, Ovid Medline, ProQuest Central, and Scopus from their commencement date until December 2015. The grey literature from the Indonesian government, the WHO’s and World Bank’s website, has been included.

Results: There were nine articles from Ovid Medline, eight from ProQuest Central, and 12 from Scopus that met the criteria. Seventeen articles were duplicates leaving 12 articles to be reviewed. Nine documents have been identified from grey literature.

Discussion: Most people in Indonesia sought health services from the private sector and were out-ofpocket financially or did not receive the required care. The private sector delivered 62.1% of health services compared to 37.9% by the government. Despite some inappropriate use of previous health insurance, the BPJS is expected to have improved management and will cover all citizens by the end of 2019.

Conclusion: Indonesia has undergone a series of changes to health system funding and health insurance. There are lessons that can be learnt from other countries, such as Thailand, Cambodia, and Vietnam, so that Indonesia can improve its health funding.