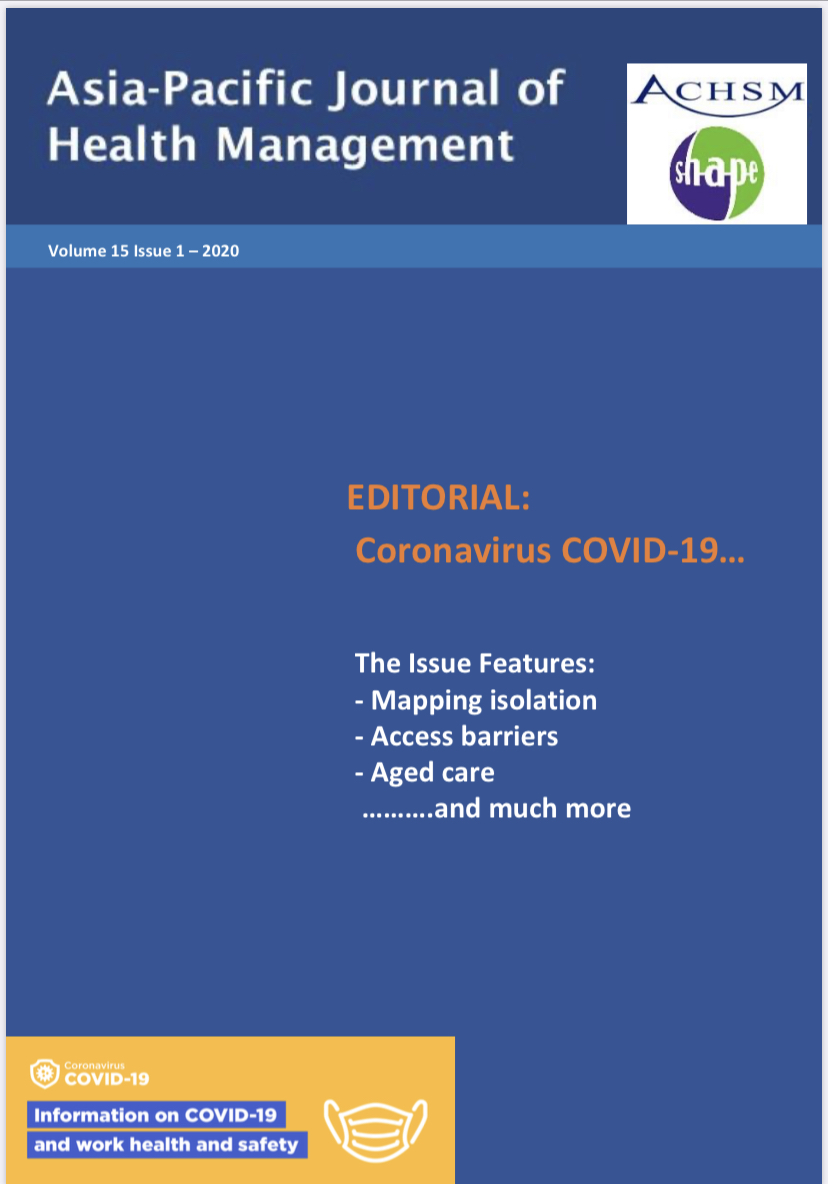 Background: On 2010 Australia launched a personally controlled electronic health record (PCEHR) later renamed and augmented by the My Health Record Act 2012 Cth. The main goal of the present systematic literature review was to assess if the system has improved Australia’s healthcare system according to the objectives stated by the federal government in the My Health Record Act 2012 Cth.

Methods: This systematic literature review was based on the Preferred Reporting Items for Systematic Reviews and Meta-Analyses (PRISMA).

Results: Despite the MyHR system being available for seven years, there is limited empirical evaluation regarding its progress in achieving the stated goals. The results were segregated in four themes: (1) health information fragmentation, (2) Health information quality and management, (3) adverse medical events and duplication of treatment and (4) coordination of care. Regarding theme 1, it was evidenced that the system could reduce health information fragmentation; however, gaps in the workforce adoption were identified as a problem. About topic 2, improved access to information and possible misinterpretation were found. Theme 3 lacked research and theme 4 presented contradiction in the results.

Conclusion: The My Health Record (MyHR) system is founded on four key objectives. However, there is insufficient evidence that any outcomes have been achieved relating to any of the objectives. Research is required to determine whether the MyHR system helped improve Australia’s healthcare system according to the objectives stated in the Act 2012.